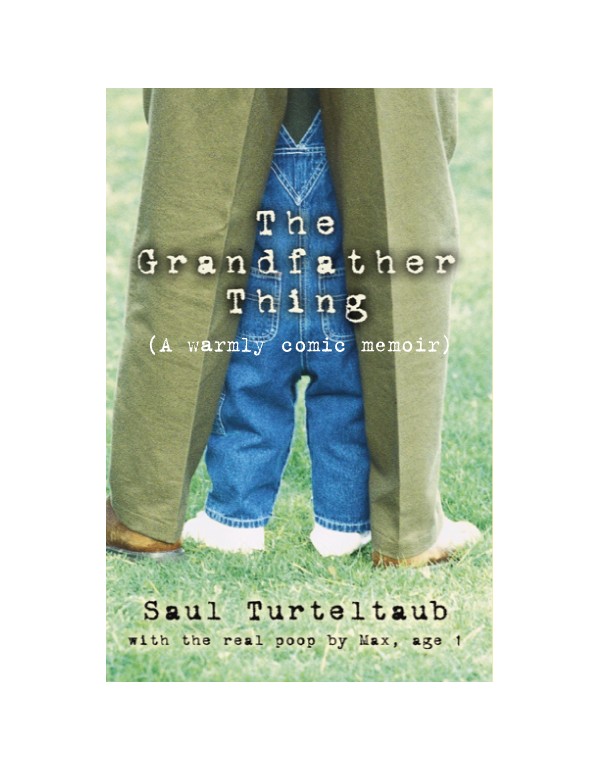 A Smile on every page!

You know that some universal force is at work when a simple remark like “…he has your smile” turns a perfectly sober and normally unbiased observer into a gushing, babbling, doting “grandpa.” With running (actually crawling and kicking) commentary and poetic observations by baby Max, “The Grandfather Thing” provides a loving look at a man’s most unique relationship.

What Grandparents are saying:

“The Grandfather Thing tickles my funnybone! Max is cool, cute and he writes poetry. This is a primer for other babies and a must-read for every grandparent.”

“That’s it! I’m going to write The Grandmother Thing!”

“I feel sorry for any grandparent or parent who does not have access to this witty, warm, huggable puppy of a book…”

“Some men are born to The Grandfather Thing and some men have the Thing thrust upon them. Saul Turteltaub may resist it, but month by month… he gets closer and closer to that glorious state which every grandparent will recognize.”

“Saul is my kind of grandfather: never patronizing and refusing to applaud sneezing. He’s not only crazy about Max, he respects him.”

SAUL TURTELTAUB is a humorist, comedy writer and talk show host who is a multi-Emmy Award nominee for The Carol Burnett Show and That Was The Week That Was. He has written or produced over 30 major television shows including The Cosby Show, That Girl and the legendary The Jackie Gleason Show. He received a Peabody Award and had been nominated for a Humanities ward for the development of The Shari Lewis and Lambchop Program. He lives in Los Angeles with Shirley, his wife of 40 years, and is currently suffering from a severe case of The Grandfather Thing due to the debut of his grandson Max pictured here with him.