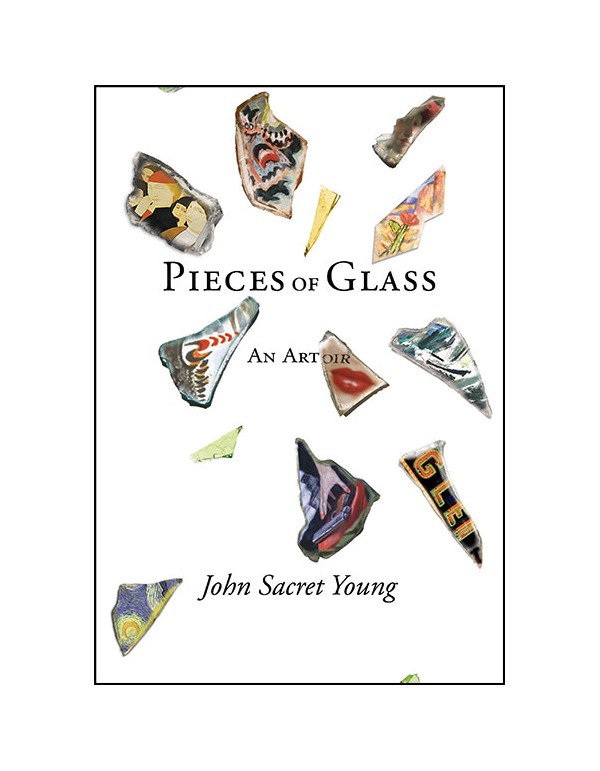 Read About then Own the Art Collection!

In Pieces of Glass, award-winning Hollywood screenwriter John Sacret Young mixes the "art" side of his life with a personal memoir to create a unique Artoir spotlighting and exploring the deep, moving, and explosive effect art has had on him, his work, and his soul. From Mark Rothko, John Marin, and Richard Diebenkorn to Johannes Vermeer, Norman Rockwell and Charles Burchfield, Young comes to realize that paintings, drawings, sketches, and even chalk on an old garage wall have helped shape him into the best of what he is today.

With chapters reflecting on family, cancer, women, sailing, summer storms, car accidents, Hollywood, swindlers, shady art dealers, and more — he paints haunting portraits with a sensitivity and lushness readers will soak up and be moved by.

Young moved from the Atlantic east coast, and is now a long-time L. A. resident. The story starts in the 1960’s — his adolescent years, and follows an illuminating journey through adulthood.After writing about and collecting art for much of his life, Young has decided it’s time to release his beloved works back out into the world to be cherished by the next lovers of beauty.  “We really don’t own art, we just borrow it for a time,” said Young, who will be selling choice pieces from his collection in New York in May.

Elmore Leonard: "Young writes so well, his memoir works as a novel. He brings to life real people in dramatic situations with indelible grace and the restless energy of emotions that even the passage of time cannot quell."

The New Yorker called him “a writer of effortless dexterity and a true, unaffected originality . . . The story he tells cuts right to the bone.”

And from the Forward by Jonathan Galassi, Publisher, Farrar, Straus, and Giroux:

“This is one of the best books I know about why and how art--the creating but also the apprehending of it--gives meaning to life, becomes a way of living.”

And for Pieces of Glass: “Young has made his masterpiece.” Scott Eyman. Best-selling author of John Wayne: Life and Legend.

Pieces of Glass has over 80 full color images, and 25 chapters that wander across the U. S. and Europe exploring traditional artists such as Paul Cezanne, Andrew Wyeth and Henri Matisse, as well as lesser-known contemporary artists as Andrew Stevovich and Lois Dodd, and even pulp artists such as Robert McGinnis and Rafael DeSoto.